Checkout
How did I get here? Home » Bands Blog » MOUSTACHETTE Premieres on SweetBands 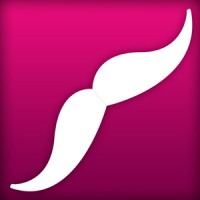 The story of Moustachette is a tale as old as time. You see, Moustachette was raised a poor, black child from Mississippi. It grew up with 3 brothers, 2 sisters, and Ma (Pa done runned off) in a one room shack near Peterson’s Swamp, LA. While times were tough, it was this humble upbringing that shaped Moustachette into the film it is today. Many have contested the legend of Moustachette and claim it was born from the mind of Patrick Stump… In fact, now that we think about it… that makes way more sense… We’ll tell that story instead. 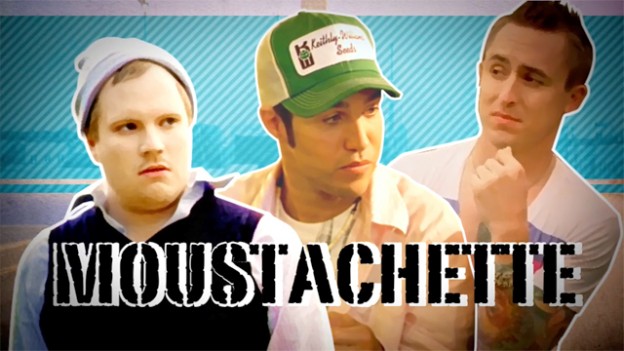 A few years ago, Patrick Stump brought the idea of Moustachette to the immensely creative minds of thirtysevenclick. The handsome duo immediately got to work making the vision a reality. With an abundance of heart and yelling, the team filmed Moustachette over 5 days in Los Angeles. The crew consisted mainly of bearded hipsters willing to work for the free Red Vines provided on set and ex-cons answering Craig’s List ads (we still don’t know what happened to that make-up artist on the second day; we can only hope that she’s happily married in Brazil). 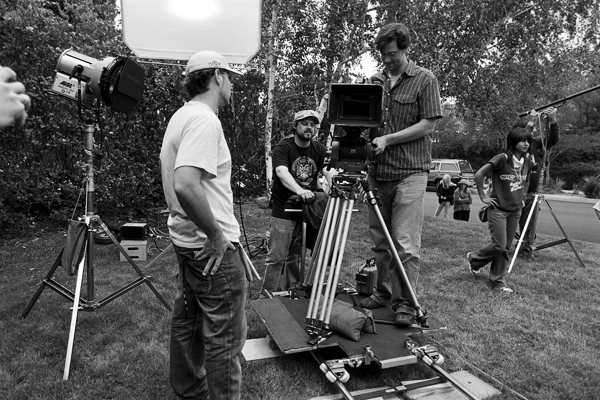 Three tubs of Red Vines later, production wrapped and the crew sadly went their separate ways (some into The Valley…ewwww). Thirtysevenclick returned to beautiful San Diego and started the post-production process. After months of grueling editorial and sound work in a dark, sweaty room attached to a condemned sex shop, the team emerged with 16 minutes of comedic and ironic gold. 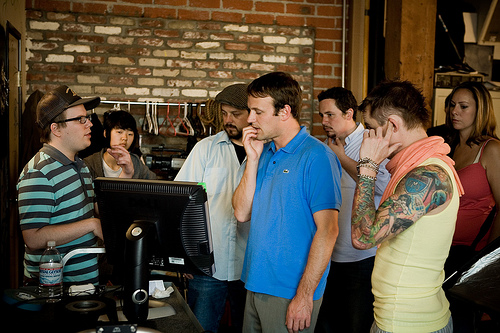 For those of you unfamiliar with the project, Moustachette is a tongue-in-cheek, satirical look at a group of unabashedly pompous and misled young artists. Overwhelmed by the naivety and selfishness of his best friend, Eugene searches for truth, integrity and maybe a blueberry milk-shake. 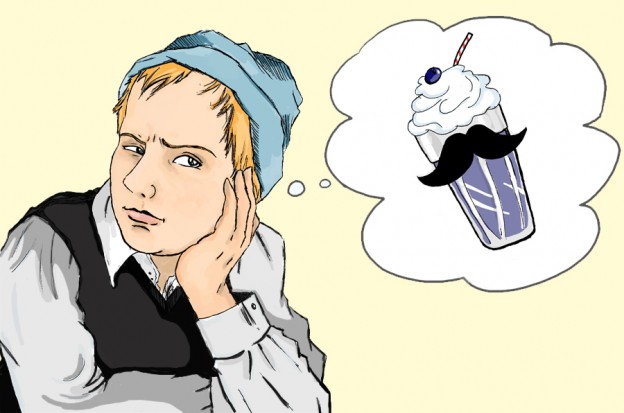 Eugene, portrayed by Patrick Stump in a powder blue stocking cap, drives the film. Patrick felt the cap connected him to the character and has since donated all 241 caps used in production to the children of Sudan. The role of Eugene’s best friend, Casper, is played by Ryan Key of the band Yellowcard and his turn had early whispers of a possible Oscar nod (these later turned out to be completely untrue). The film also has a special cameo by fellow Fallout Boy, Pete Wentz (he wears a trucker hat to offset Patrick’s stocking cap; are you getting the wardrobe choices here? So deep.). 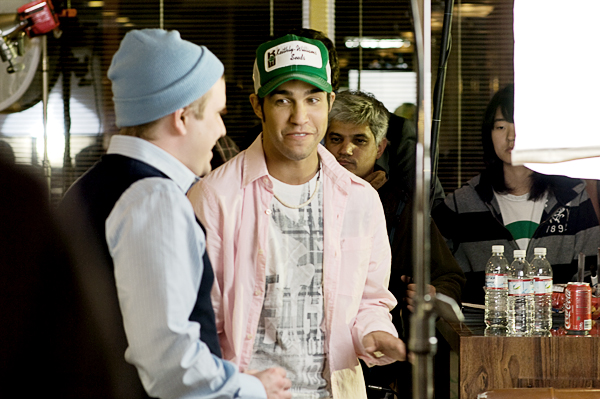 Once complete, the film started a run on the international film festival circuit (Vail, Bel Air, Toronto, London…all “poor” places where the arts thrive) where it found great success and critical acclaim. Unfortunately, there are only so many seats at festivals and the public demanded more. Moustachette.com was created by thirtysevenclick to give fans a place to learn about the film and keep tabs on its screenings. The outpouring of support for the site sparked a fire that turned into a large brush fire in rural San Diego County. Once under control (SDFD rocks), those flames were used to create a social community around the film. 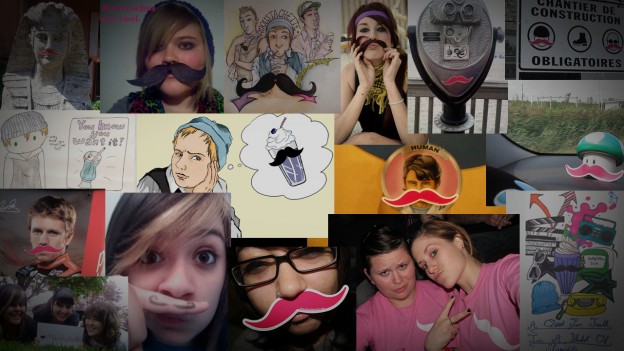 Facebook pages for the film’s characters popped up, giving another outlet for fans to connect. The Facebook movement was soon followed by a Moustachette Twitter feed that has over 11,000 followers and serves as a hub for heated debates on movies, music, milkshakes, and mustaches.

Along the way, Moustachette’s trademark pink mustache carved out it’s own social identity. The Great Moustachette Sticker Contest was a huge success and pink mustache stickers were sent to hundreds of fans in over 15 countries. The loyal Moustachetters then proceeded to “stache” their communities and post pictures of their dirty work on Flickr. The site currently has around 1,000 Moustachette photos posted by fans. 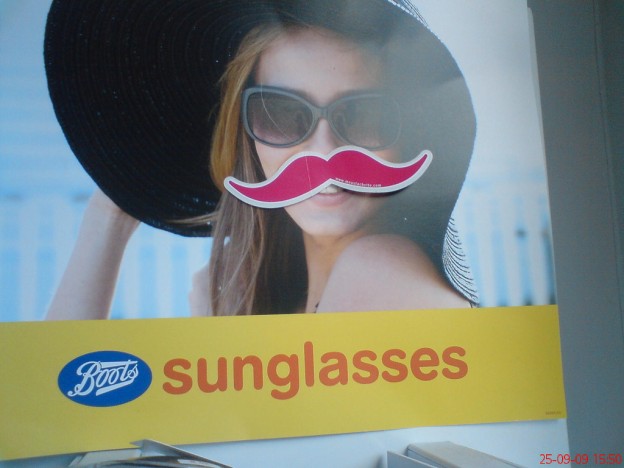 The festival run and sticker contest are now over and it is finally time to give Moustachette back to the community that has supported, contributed, and followed its success. When looking for the perfect unveiling of Moustachette, the team decided Sweetbands would be a good home. Given Sweetbands’ comedic social commentary, grassroots upbringing, and powerful Tea Party convictions, Moustachette will be well taken care of. 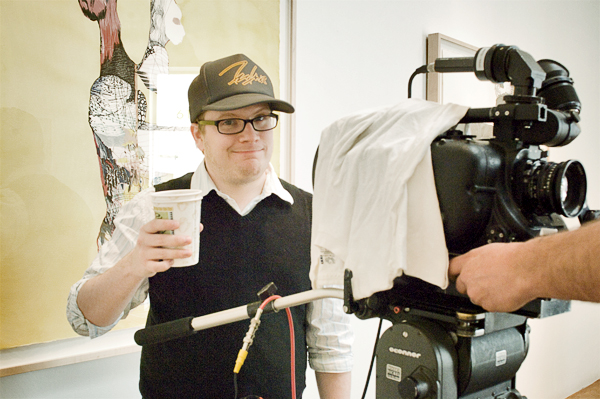 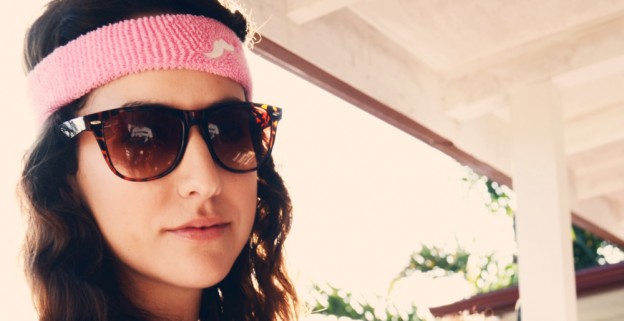 SweetBands Pre-Sale Contest – We Have A WINNER! 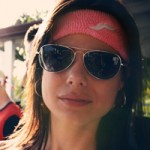 An Ode to Stache Stylings